Andhra Kesari Tanguturi Prakasam pantulu had spent all his fortune running into millions of rupees in the national cause without any expression of regret.

The 140th birth anniversary of Andhra Kesari was not properly observed by the AP state government. Sri Tanguturi Prakasam Pantulu was a valiant freedom fighter and the first Chief Minister of Andhra state.

Will Modern-day Politicians do it for Us?

During the course of the freedom struggle, Andhra Kesari Tanguturi Prakasam pantulu had spent all his fortune running into millions of rupees in the national cause without any expression of regret.

It is really a pity to state that none paid homage to such a great leader of the state. 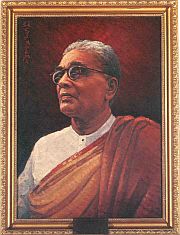 Citing traffic as the reason, Andhra Kesari Tanguturi Prakasam Pantulu statue was relocated from the rotary opposite Ravindra Bharati to the traffic island opposite the Assembly in the year 2007.

Despite being opposite to AP Assembly, none has paid the tribute for Andhra Kesari.

The only exception was the contractor who did his job of decorating the statue. 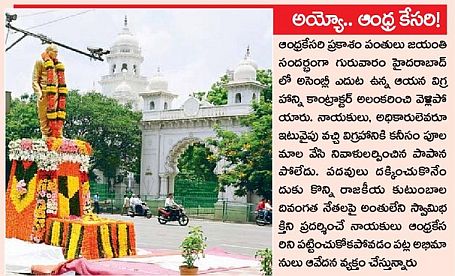 No single political leader bothered to remember his services. Will the treatment be the same for the so-called royal family dynasties in our Indian republic?

The present political party leaders are so preoccupied that they don’t find time to recognize the sacrifices of our great freedom fighters.

It really shames on us that we forget such important personalities.