On 21st November 2014, Andhra Mahila Sabha P.Obul Reddy Public School celebrated its 25th anniversary. The students had been preparing for this event for a month in advance.

Former pupils and parents were invited to come along to the silver jubilee celebrations of one of the reputed schools in Hyderabad city of Telangana.

The joyous 25th annual day was meticulously planned and executed by the school principal, Ms Anjali Razdan. The administrative staff, teachers and other volunteers really took the time and their efforts are truly a labour of love. 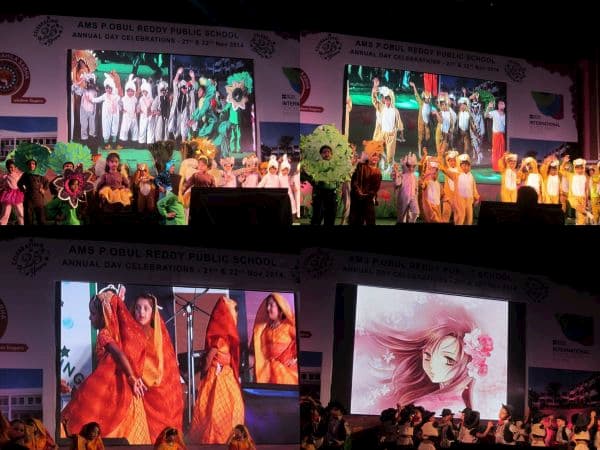 The silver jubilee celebrations officially began in the wonderfully decorated auditorium of Sri Sathya Sai Nigamagamam. The head boy, Arjun Kishore Lalwani and the head girl, Komali Sanjana gave a welcome speech. This was followed by the annual report submitted by the Principal Ms Anjali Razdan.

She addressed the special guests, parents, press media, the tiny-tots and all the students. She spoke about the humble journey of the school that started with 30 students in 1989. By the way, the school has constantly made its way to an exhilarating 2800 students in 2014. 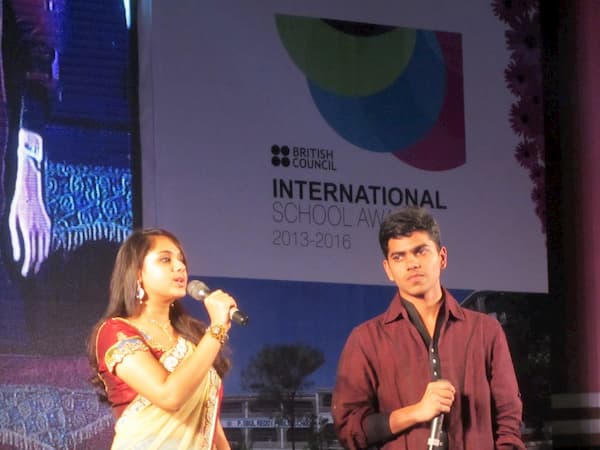 Pranav and Mrinalini being the perfect anchors continued the enthusiasm throughout the show. It was an amazing evening with different cultural events. This included the tiniest of the school to the eldest of the school.

The special attraction of the evening being “The World Tour of Chota Bheem“. This single concept involved around 500 and odd children who tapped their feet in rhythm to the different dance styles around the world.

I could see an awe-struck auditorium which was resonating to applaud once the event is over.

The parents were mesmerized to see their kids performing so well on stage. Children were at their best and the parents enjoyed the event to the fullest.

Important recognition’s were awarded on this special day such as Master Nishith (for his brilliant performance in skating) and Master Sarayu (for her exemplary flying performance in gymnastics).

Personally, I can feel how the parents brag about their baby’s first word and their first steps.

A parent has a special glow when his son or daughter makes him proud. He’ll be there with a camera or video camera or whatever loaded – it’s a parental pride.

One thing I need to add here.

The guests and parents had also set an exemplary performance by not intruding with their video cameras & camcorders (don’t say that they don’t have parental pride!). The media was doing their job by covering every nook and corner of the auditorium. 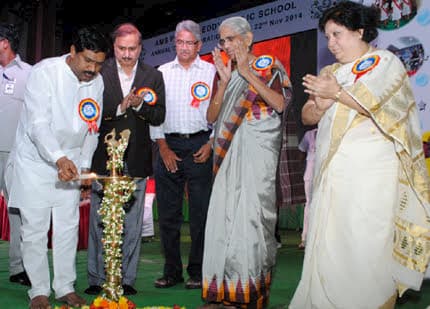 Dr T. Rajaiah, Deputy Chief Minister of Telangana, was the honourable chief guest of the function. His 10 min speech was truly emotional as he spoke about his wonderful teacher who had inspired him to be a doctor from a school drop-out.

One could sense how his steady words resonated people who gathered on that special day to be a part of the prestigious school.

Time seemed to fly by and before everyone knew it was at the end of the event, our hero Chhota Bheem returned to India after the world tour.

The theme lifted the crowd’s spirit with the song “I Love My India” and the famous quote of Rabindranath Tagore ~ Where the mind is without fear.

The Head Mistress (Ms Udita) delivered a vote of thanks congratulating students and parents for their love, hard work and dedication towards the school.

Throughout its 25-year history, AMS P Obul Reddy has produced many outstanding achievements. It’s always great and unforgettable experience that I started a wonderful chapter in my life at AMSPORPS that lead to many new friendships and a beautiful family.

Let us pray for another twenty-five incredible years and more.