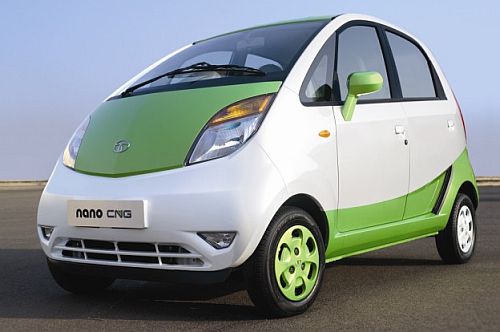 Although many auto lovers expected the release of Tata Nano Diesel, it seems the car will take some more time.

As described by Mr Ratan Tata, Tata Nano is not a flop car. What personally I feel is that indeed it is a great concept car that failed to capitalize initial excitement.

Of course, it is the world’s cheapest car with the best mileage on Indian roads.

To update my readers, even Bajaj Auto is coming up with a fuel efficient 4 wheeler (named RE60) but they are not branding it as a car.

At first glance itself, I was worried about the safety hazards of Tata Nano (for its compactness). But still, it is a good city car.

I do observe many commuters using Tata Nano as a standby car as it provides the best-in-class vehicle experience.

Tata Nano really changed the lifestyle of average Indians. The families prefer using hatchback rather than sedan vehicle while going for shopping and or for dropping children to school.

The Genx Nano CNG is claimed to have the lowest carbon footprint complying BS4 emission levels. The affordable tag doesn’t suit it when you look at its stylish and trendy interiors.

The car is well built with safety features including leak detection sensors and interlock sensors. This intelligently locks the engine while filling CNG gas. It looks as if the whole system is working on artificial intelligence.

Both the variants can attain 105 km/h top speed which is electronically limited keeping the safety standards in mind. As per TATA Motors, Genx Nano CNG debut will be in the near future and the specs of it are as follows: 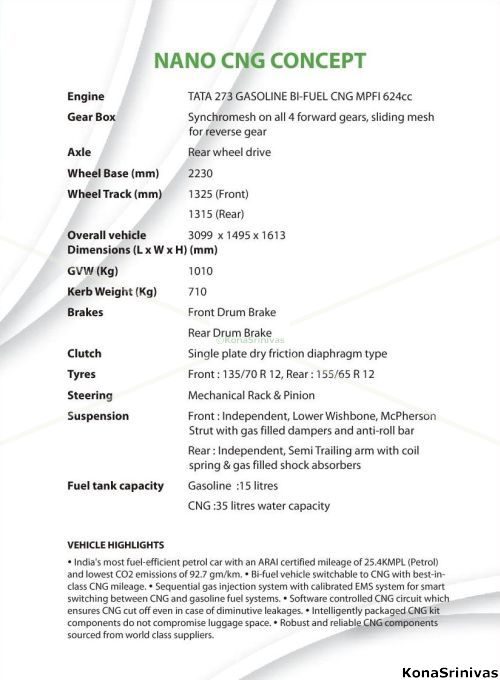 So, what’s your take on Tata Nano CNG?

Though I’m not a big fan of Tata vehicles, I’m of the opinion that GenX Nano Easy Shift car will be a trendsetter. The people car will now become more cost-effective, more economical with Eco-friendly tag.

If you are considering ever-increasing fuel prices, then the new concept of Tata Nano CNG will rule the country. With no experience in loss of power and mouth-watering mileage figures, Tata Nano CNG is the best bet.

Best of all, Tata Nano CNG is a bi-fuel car where you can switch between petrol and CNG.