You are here: Home / Culture / Trivializing Goddess for Swachh Bharat 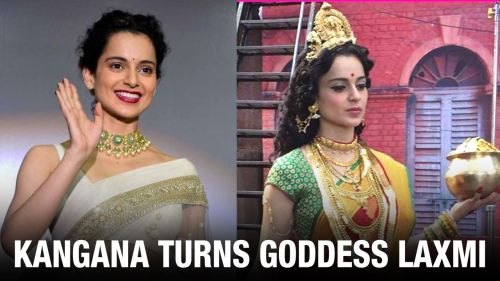 Recently I noticed a video going viral on the internet. It is none other than ambitious Swachh Bharat Abhiyan video titled #DontLetHerGo.

You have the queen of Bollywood queen Kangana Ranaut dressed as Goddess Lakshmi in the video and as the usual voiceover by the superstar of the millennium Big B ‘Amitabh Bachchan’.

There are many other prominent names attached to this video including Isha Kopikar, Ravi Kishan, Omkar Kapoor and Pradeep Sarkar. The video is great, but, um, let us not get into it because to me that’s very personal.

In a simple manner, the ad shows the common man, who’s god-fearing but also litters. Finally, it is revealed that Goddess Lakshmi only stays where there is cleanliness.

The Nation as a Goddess Kangana Ranaut: 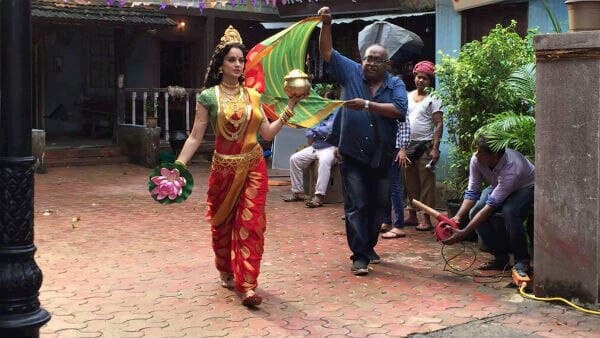 First of all, why are we dragging only goddess Lakshmi here? Don’t we have any other God to substantiate our point of maintaining cleanliness? Do we always need sex and star power to sell our idea – Swachh Bharat?

How come we are always projecting Bharat Mata as a glamorous goddess to clean up our shit and other sinful acts? Why are we always considering the religious route to publicize something?

If the government reckons and contemplates that Goddess Lakshmi can represent a particular religious belief then who will be the symbol of the remaining 20% of the population.

Spitting and littering in public places and throwing garbage onto the street have nothing to do with religion.

Do we need a celebrity or sex appeal to sell this to our nation?

Recently, a 24-year old software engineer was hacked to death in the daytime at a railway station. In spite of being a crowded place, the people were mere spectators. None used their cell phones or any social media to register the complaint.

This incident clearly shows how we are reluctant to be a part of society.

Do we expect an extravagant celebrity advertisement for a small thing like common civic sense? If it is then each and every issue should be highlighted on par with Pulse Polio, Incredible India – Atithi Devo Bhava, Girl Child Protection etc.

Don’t expect that star power and sex appeal to ignite your minimum civic sense in our day to day lives.

I strongly agree with Dr Amartya Sen, Nobel Laureate, when he talks about the basics in India.

You’ll find tons of shit in public places in India. Fortunately, there are enough pigs to do the cleaning up in an ecologically sustainable way.

It’s a pity that we are extravagant while purchasing new clothes and products to decorate ourselves in an effort to make our lives more desirable. However, we don’t realize that happiness can only come from within.

Sad, not much credit is given to the beautification of our minds. Before you know, it’s yesterday, and yesterday is gone. Another day, we think. Maybe tomorrow, but tomorrow never comes.